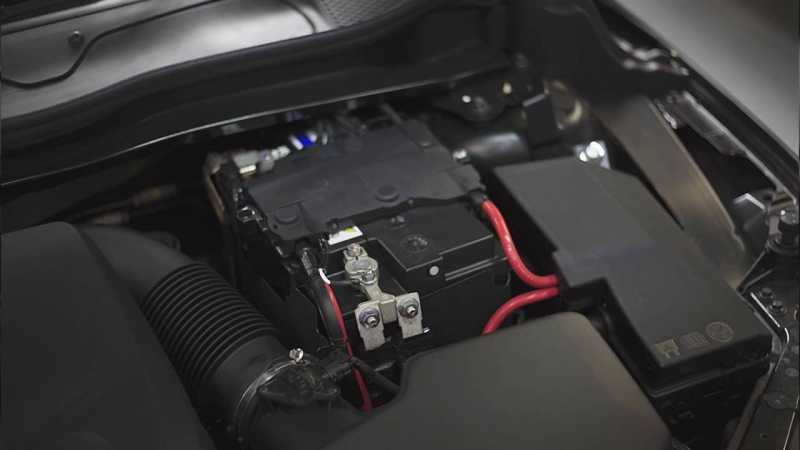 The car battery is a necessity. It’s what generates enough electrical current to start your motor and without it, you’ll get nowhere.

The car battery is literally the beginning and the end of a car electrical system.
It’s important to note that without a battery, the car effectively becomes useless, dead.

If you’re somebody that’s looking to work on cars it is important that you know how to disconnect and remove a car battery. It “kills” the car and makes almost every job that you do much safer.

Why disconnect a car battery

The first step of working on anything remotely dangerous is to “make it safe” or at least minimize the risk as much as possible.

Disabling the electrical system of a car will mitigate a lot of the risks. If you don’t disconnect the battery you are risking:

Damaging the cars electrical system – Anytime you work on a component that is voltage-sensitive you should disconnect the battery. If you don’t, you run the risk of damaging the electrical systems. Potential damage could be as simple as a blown fuse but you risk damaging more important components such as the ECU.

More importantly, not disabling the Supplemental Restraint System can be costly for anyone who is working on the car. An unexpected airbag deployment could lead to you losing your hearing and even body parts.

Shocking yourself – I’ve seen a lot of people arguing over whether a car can kill you or not. I personally don’t care. Why should it be a matter of life and death before you consider protecting yourself from electrical shocks?

It’s common sense, you don’t want to shock yourself while working on a vehicle. It’s very inconvenient, to say the least.

Precautions to take before disconnecting the battery

The battery carries both an electric charge and an incredible amount of hazardous acid, there are precautions that should be taken to prevent you from harm when disconnecting and removing a car battery.

NOTE: Whatever you do don’t disconnect the battery while the vehicle is on. It’s common sense, however, doing so can create voltage irregularities that can damage your cars electrical systems.

Taking the battery out of a car is fairly straightforward, not much will change but you’re always better to refer to the service manual of the vehicle you are working on to see the exact procedures.

If you’re a DIYer and think that the battery terminals are too corroded, it may be best to take it to an experienced professional.

[Step 1] Turn off the ignition and remove the key

The last thing you want when disconnecting the battery is for the key to be in the ignition or the engine to be on. Leaving it in while cause voltage irregularities and could cause serious damage to the cars electrics.

Remove the key and put it somewhere safe. Make sure that nobody else can touch it until you’re done working on the car.

Most car batteries are located at the front of the car, in the engine bay, to the side of the engine.

Some cars will have the battery located in the boot for better weight distribution and mid/rear-engine cars may place their batteries in the front luggage compartment.

The battery is a small box-like component that will have wires connecting to each side at the top.

Some batteries will be hidden under plastic trim covers and plastic holders. If you can’t see it in the traditional places, you should refer to the service manual to locate and access the car battery.

It’s important that you locate and disconnect the negative terminal first so that you don’t put yourself or your car battery at risk.

When you’re ready, grab your wrench and loosen the nut counter-clockwise. Once it’s loose enough you can start taking it off with your hands so that you don’t lose the nut in the engine bay. Once off, store it in a place you will not lose it and make sure the cable is not touching anything.

When disconnecting the battery cables you’re using a metal wrench. If you were to disconnect the positive terminal first and ended up touching the chassis or any part of the vehicle that’s negatively charged with the wrench you’d create a short.

Creating a short circuit lets of sparks, these sparks are a massive fire risk, they could easily ignite petrol, shock the mechanic working on the vehicle and cause damage to electrical components.

Before even thinking about disconnecting the positive terminal, make sure that the negative cable is touching nothing. Ensure that the cable is bent away from everything and anything and cannot touch anything before proceeding.

After disconnecting the negative first, it doesn’t matter if you accidentally short the positive with the chassis, you’ll still be safe.
Disconnect the positive using the exact same method as you did for the negative terminal, and once again, make sure that you store the nut in a safe place and the cable isn’t touching anything.

[Step 5] Remove the battery from the car

This step is completely optional but is a smart option if you’re working on the car long term. Car batteries are held in place differently in each car.

Normally, the battery will be encased by a “battery holder” or brackets that will secure it to a tray in the engine bay. All you need to do now that you’ve disconnected both the negative and positive charge is to unscrew whatever is holding the battery in place.

When you’re ready to lift it out, just be aware of how deceivingly heavy a car battery actually is. Some of them weigh up to 60lbs so poor lifting techniques will cause injury and dropping it on surrounding components can cause serious damage.

Just like almost any other mechanical process, when refitting the battery you want to work backward.

Again. This is the most important thing you can know about disconnecting and refitting car batteries. Make sure that you learn it and if you’re unsure don’t be afraid to ask for help or research online.

Even if you disconnect and reconnect that car battery 100% correct, you may face problems when you next sit in the drivers seat.

The problems you will face depend on the make, model and year of your vehicle. Some problems will even be specific to certain vehicles. If you’re worried about issues that may be specific to your car, do research beforehand.

A lot of cars will just require you to reset the clock on the initial start-up but others will have electronic modules that will need to relearn and/or be reprogrammed.

For Example: Disconnecting the battery resets the climate control module which on some vehicles needs to be reprogrammed before it starts working again.

Do your research and make sure you have to tools required before disconnecting the battery otherwise you could end up with unexpected repair costs.