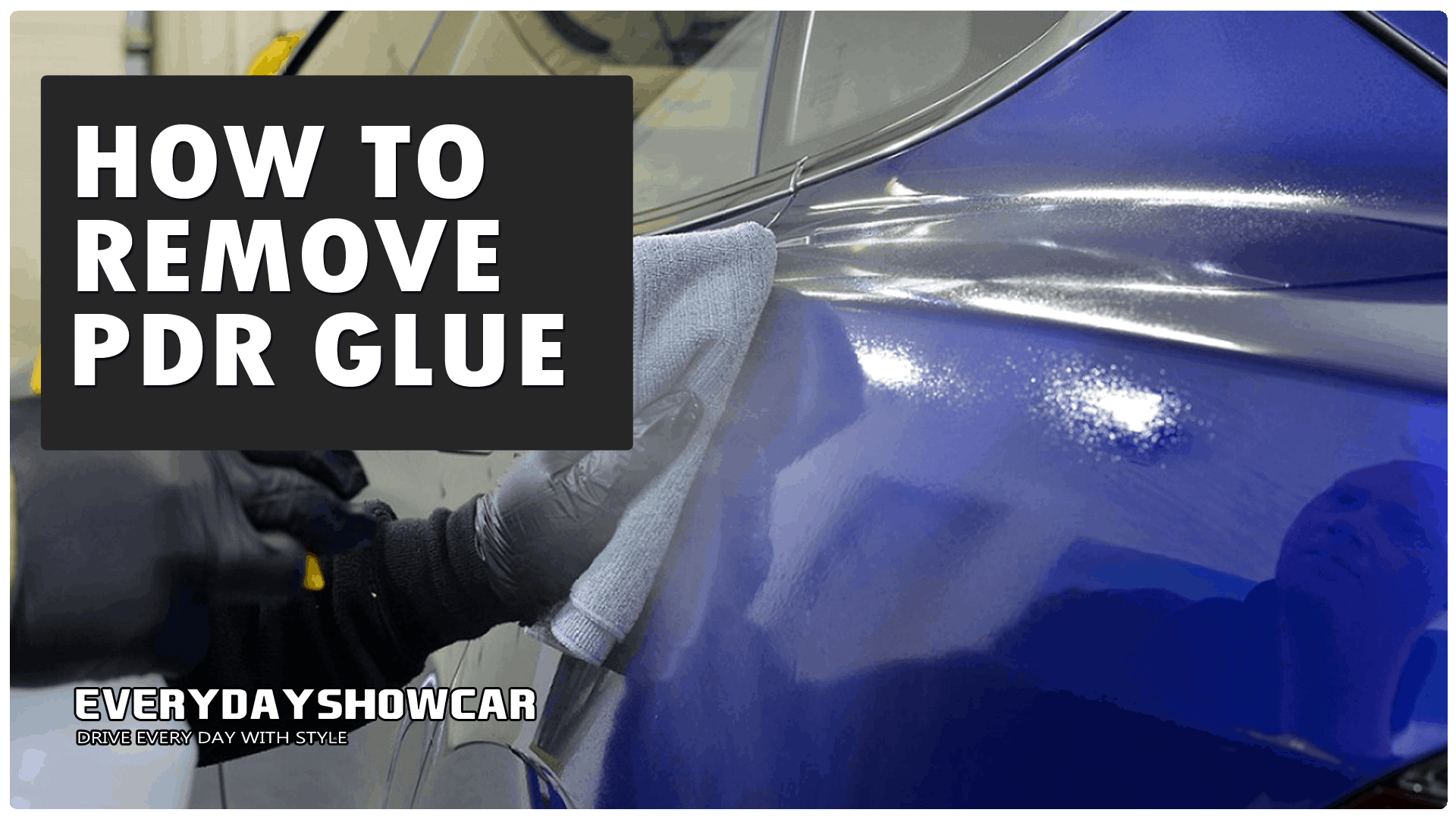 Even when you buy DIY Dent Repair Kits, they don’t come with PDR Glue Removers. Before you start any repairs, make sure that you have the right tools for the job.

Having the right release agent to remove the glue tab from a car will allow you to work quickly and efficiently.

When looking for the right release agent, the most important thing is that it’s safe to use on car paint. I also want it to remove the tab quickly, leaving behind as little residue as possible.

That being said, even with the right release agent, you may find that you need to polish the area quickly to remove any remnants that are left behind.

In the world of Paintless Dent Repair, there are 3 things that are commonly used to remove glue from vehicles. These are Isopropyl Alcohol, Methanol, and release agents like the Dent Magic Glue Remover.

Listed below is a breakdown of the 3 most common release agents. I’ve also included a homemade option for those without access to spirits.

This is by far the safest option. It’s the least toxic to your health and is often used as a cleaning chemical.

It’s 100% safe to use on car paint, is super cheap to buy and will not harm you in any way, providing you use it correctly.

Also known as Methylated spirits, Denatured alcohol is ethanol that has additives. These additives are what make it poisonous, bad to taste, and horrific to smell.

While this chemical is super effective at removing glue, there’s a reason why it’s not as commonly used nowadays.

Denatured alcohol is known to be toxic towards the human body, when consumed it can make people go blind, or even worse, die.

As for general use, you may find that it makes you nauseated. This is why many people choose not to use it.

It’s certainly not the end of the world if you have to use it. Just make sure that you’re using the correct PPE, limiting your exposure to the chemical as much as possible.

Whether or not it Dent Magic’s solution, there are many different Release Agents that are specifically designed by PDR Manufacturing companies to remove glue from vehicles.

These are designed to safely remove glue, and sometimes wax from the paintwork of a car.

Because they’re a niche product, they do command a slightly higher price. That being said, you only need to use a couple of drops at a time which makes the product last.

While it may not be the best value for money, buying release agents from these manufacturers will support home-grown businesses and encourage growth in the PDR Industry.

If you’re a kid that has not yet reached the legal age to buy spirits, but are performing PDR, you probably have a ton of Axe body spray.

Axe body spray or any deodorants for that matter will melt PDR glue very quickly, it also smells somewhat pleasant and it’s safe for humans when used correctly.

Deodorant is incredibly cheap to buy and is even easier to apply, just spray it on the area. While it may seem unprofessional to some, it’s a homemade solution that will allow you to remove tabs with ease.

What To Do After Removing PDR Glue

After removing glue from a vehicle, you should always wash away the release agent that you used. These release agents are flammable, and some can even have adverse effects when left on car paint.

Once you’ve removed any residue from the car, there may still be etching in the clear coat from the glue. To remove this you can hand polish the area with a micro-abrasive polish and it should look brand new.

Depending on how much work was done and the standards that you hold yourself too, you may want to machine polish the area after completing the repair.